How to teach writing to a left-handed child?

Any advice would be very helpful in dealing with the situation.

There is a similar question already asked: Recommendations on helping my left-handed preschooler when my husband and I are right-handed, but I find this thread deals with more about the recommendations for the left-handed person.

As a left hander the biggest problems I had were:

These two problems can only be resolved by changing the way you hold the pencil. You either have to twist the hand below the line or curve the entire hand above the line so that the pencil writes from above. Your wrist still goes over the new writing, but lifted slightly and with a gap so you can see what you have just written.

Also, left handed writing means that the pen or pencil is being pushed across the paper much more than for right handers, which means it tends to dig in and scratch or tear the paper more. You can buy specialist pens which are easier for left handers to use.

Scissors are also an issue as most scissors are meant for right handed use. If you hold them in the left hand you have the following problems:

(At my school it was often "We don't have any left-handed scissors today, so you'll just have to use right-handed". It got to the point where I didn't know which hand to use either way. These days I use scissors right-handed).

You've asked for specific advice for teaching writing. I think the ones I would suggest are:

My son is left handed and my wife right handed. Although I am left handed, most of the time my wife taught him as I was unavailable for a large part of the day. We just taught him how to hold the pencil properly. Even you can try to write with left hand before teaching your child. It is not very difficult to write basic letters slowly even with an opposite hand.

As a left-hander who has had several people worry about how to teach me [random physical skill], my answer is always "just do it. I've spent my entire life mirroring in my head." Sometimes it looks a little odd (my crocheting is "upside down", for instance, and I don't do calligraphy), but it works.

One of my teachers figured out a good way to do some things (but it won't work for writing or scissors): instead of us standing behind him watching him do it and doing what we saw, he had me in front of him and then I would do what I saw. I'm not sure how effective it was, as I'd had 14 years of mirroring training already, but it was a useful thing to try.

There are two issues with writing you have to watch out for (besides the ones mentioned by Paul Johnson):

Now the big exception to all of this: safety. This doesn't apply to writing, but if a job is handed and dangerous, then it's not for the leftie without specialized equipment. Circular saws with only right-hand guards are the canonical example of this.

There are left handed resources out there for preschoolers if you do discover that your child is in fact left handed. I was taught how to write in print and cursive from right handed parents using workbooks like these: https://www.amazon.com/dp/1724539027/ref=cm_sw_r_cp_api_i_g26NCbNRCQR2Q

I come from a nearly entirely left handed family, and i have two left handed kids. My hubby is the only right handed family member for miles! I can never remember having an issue switching things over, and he teaches our two lefties all the time.

If pencil grip is the challenge, and it often is the hard part to teach, i strongly suggest some finger position grips. These worked great for my one kid who was struggling and cramping their hand up. I have seen some of the strangest finger, hand, and paper alignment with lefties, though all of them in my family grip and write in daily normal (mirror image of common righty) ways. 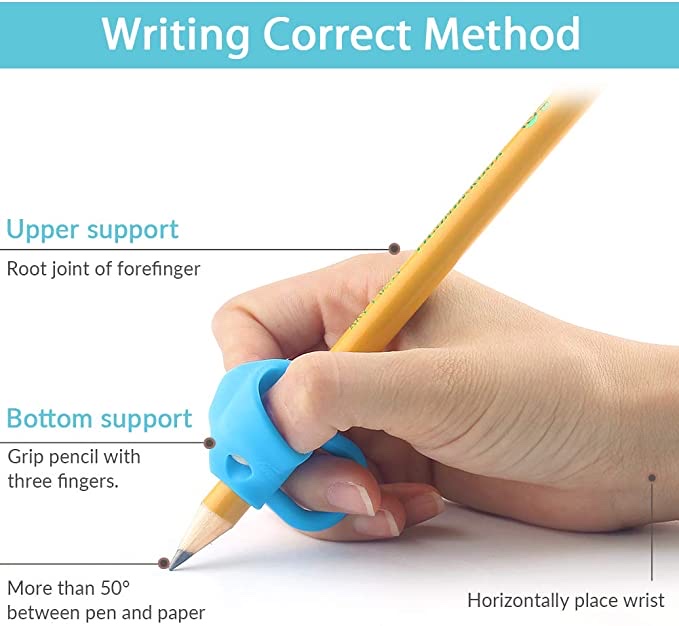 Not the answer you're looking for? Browse other questions tagged pre-schooler teaching handwriting handedness or ask your own question.

7
Recommendations on helping my left-handed preschooler when my husband and I are right-handed
10
When will we know if our child is left- or right-handed?
4
How to teach tact and empathic understanding based communication to an INTJ (overly honest) child?
2
How old should a child be to start creative writing?
45
My 4.5-year-old son has no dominant hand
6
What is an effective order to teach writing the alphabet?
6
Helping my four year old not mistake 'b' and 'd' (or 'p' and 'q')
4
Writing lessons for pre-KG child
1
Should I be concerned about my preschooler son being sometimes getting capital letters backwards?