Child wearing glasses, does he need them?

I have a 3-year-old son, who has a developmental delay. He isn't yet talking, and he is just beginning to walk. We have taken him to 2 top eye doctors, who have basically said the same thing: That he definitely needs glasses, and life for him without them is very blurry.

He has been wearing glasses since about 1 and a half years old.

My problem is, he takes off his glasses all the time. He isn't interested in wearing them at all. If he's distracted he can leave them on, but if bored he takes them off. I haven't seen any difference in his vision if he wears them or not. I mean, he sees a toy from a distance away, even without his glasses. And even from near, when playing with small objects I see no difference if he wears them or not. I feel that it's a loosing battle to keep telling him off to put them on.

However the doctors say he needs them... It's hard for me to go by my judgement that he may not need them, against the doctors.

Does anyone have any advice? How could we get him to keep on his glasses? We have tried with a strap behind them, but this didn't help. He still is at the developmental stage of putting things in his mouth, so he likes to chew the arms of the glasses.

You took your son to "two top doctors" who gave you the same advice, and you're now asking a group of strangers on the internet? Why? You can keep asking until you get an answer you like, but will that answer be true? I don't think so.

You say your son has a developmental delay. A lot of that delay could be due to him not seeing the world clearly. You can and should ask the doctors about the delay as well as why it's so important he wear his glasses, but you should then follow their advice.

The short answer is that two medical professionals saw your son and prescribed glasses. These prevent damage to his eyes and may even help them to improve over time. They will help him to understand the world around him. Yes, he should wear his eyewear.

(BTW) I am blind without my glasses but can read a street sign from a great distance but not be able to read the words on my computer screen without glasses. There are quite a few different ways that vision problems occur. Your son sounds like me; he might be far-sighted. That simply means:

unable to see things clearly, especially if they are relatively close to the eyes, owing to the focusing of rays of light by the eye at a point behind the retina; hyperopic.

seeing or able to see for a great distance. (Google Dictionary)

There are special glasses for kids that help them stay on. There are special goggle straps that fit over the ear pieces and some parents attach a lanyard to the strap that they pin to the back of the child's shirt. 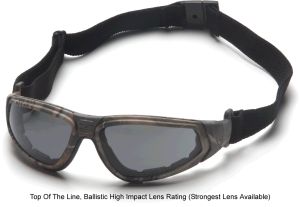 Also, as he ages, you can put a box (one he decorates with you) in every room. If he removes his glasses and puts them in one of those special boxes -- he earns a treat of some sort. (Preferably not food.) This means that he learns to put glasses in a special place and you do not need to search for them.

Not the answer you're looking for? Browse other questions tagged pre-schooler eyes glasses or ask your own question.

12
How does a 3-year-old learn to wear glasses?

12
How does a 3-year-old learn to wear glasses?
10
Suggestions for a 5 year old who can't sit still in her chair?
5
How do I deal with a child waking up at night and starting to read?
13
How do I make my son wear his glasses?
10
Allowing freedom of choice to toddler/preschooler isn't working, what next?
3
Children mimic parents, but what to do when it gets out of hand?
25
Should children be encouraged to get themselves or their clothes dirty?
5
How to explain to my 4-year-old son that he needs to wear glasses, although he became self-conscious about them?
1
What kind of frame for prescription glasses for a 3 year old?
3
Am I losing control as a father and head of house?