3-year-old boy co-sleeps: kicks and hits us in sleep

Our three-year-old boy who has been sleeping between my wife and me is becoming a problem. I know we need to transition him to his own bed and we will go through that process in the near future. We have been trying for a while but he ends up coming to our bed again. We will keep trying.

In the meantime while he is sleeping or half asleep he kicks and hits us. In some cases he is half awake and will take aim at our faces. Mostly it is random. This wasn't really an issue in the past. It has become a problem in the past few weeks.

Could this be a symptom of something else? Does anyone else experience this and can they give some advice?

I'd say that's entirely normal at that age, and not a lot you can do about it (short of getting him his own space). Any time our 3 year old comes into our bed (after a nightmare or just having trouble sleeping), this is what we expect. In his own bed he'd do roughly the same thing (except that nobody would be the victim).

What he's doing is a combination of getting comfortable, feeling for his boundaries, and the kind of automatic reactions that some people and animals have while dreaming; if you've ever heard the phrase "puppy dream" that refers to something like this, where the puppy dreams of running around so he moves his limbs (though I'm not sure if it's truly tied to the dreaming or not, that is the folklore). Toddlers are quite similar in that regard.

The only suggestion I have other than moving him to his own space is to see if he's less mobile when either warmer or colder. Either one may cause more activity, either to try and find a warmer space (like, next to you) or to try and move away from a warmer space (kicking you to get away). Adjust his temperature and see what helps.

I wouldn't worry about it. Sounds like you might want to wear a hockey mask to bed though ;) 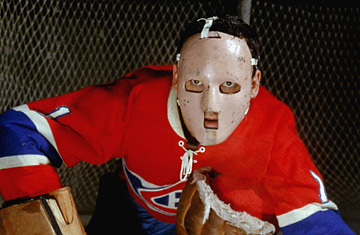 We have 'co-slept' with all of our 4 children and they all had moments like this. Eventually they transitioned to their own beds without too much of a hassle.

One thought, our bed is big but trying to pile in 6 people on a king bed doesn't really work too well so we did have a couple of small mattresses that we would pull out, trundle style. You could maybe try that and see if he does ok just sleeping on that instead of in between.

My only advice is him having his own cot. My son always had his own cot, starting with a Moses basket and scaling up from there. It's a bit late for that with your boy though!

One obvious suggestion is to move him from being between you to being on one side. A side guard will stop him falling out, and a bolster cushion between you and him will ensure he has a defined space of his own but is still close enough to you to not be worried.

Set up his own own little bed right next to yours--like set up the room so it is: Wall -> His little bed -> Your bed and no gaps inbetween.

Then refer to the little bed as his own. Make it sound fun and great that he gets his own bed. He'll take it it really quickly, especiall if the wall and your bed creates a little bit of a boundary for him to thrash around in in his sleep.

Works for us and ours never comes into the big bed unless it's morning and he wants milk.

I think this is completely normal (see the below picture for further confirmation you are not alone). For both our kids, it started much younger than that, and ultimately was what made us transition them out of our bed.

For some reason it was only me who got kicked in the face. Even in their sleep, they knew not to kick Mom... 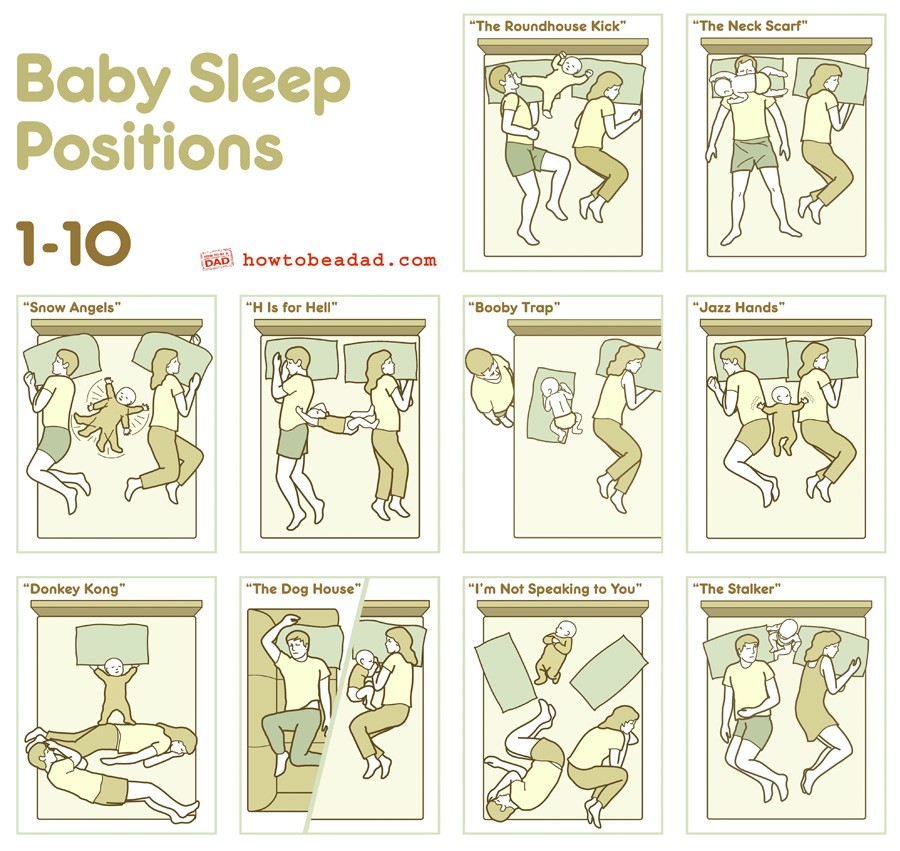 We have had all the kids in our bed, the newer kicks out the older until this one who like your child is the most physical sleeper.

It's just the way it is. When he or she is ready they will move out. We sell her on the idea of "sleepovers" with her sisters on the weekend and slowly she is moving in with them. We make it a little slumber party, she has yet to stay a full night.

At the end of the day i think, It's dark, they are scared sometimes. I can't protect them from the evils of the world but i can make a small child feel secure.

I think the relationship down the road will be better too.

Younger kids do tend to kick when they're asleep, I did this when I was younger too, it's not specific to certain kids. However, if the kicking does generally become a problem to you, you may want to make him have a 'dream diary' to see what your children are dreaming about, if it's nightmares or just if they're very physical. However, a good thing to note is to make your children relaxed before bed. Are they generally hyperactive before climbing into bed? Try a warm bath without any toys or a milk bottle, maybe a gentle story. On the note of moving your children out of your bed, I would suggest a mattress in their siblings room, or your room, just so that they're still with you and can stumble into your bed in case of a bad dream or something of the like. If they are scared of sleeping alone, get them a night light, maybe a teddy bear or a soft action figure. I know as children grow, they may start to feel immature, but they will eventually grow out of it, you don't want a lanky, pubescent thirteen year old curling up to you at night! If the restlessness during the day and night truly becomes a problem, seek advice from your GP.

There's nothing wrong with your child - three year olds can be real jerks. It's just one of many iterative phases growing up and learning healthy boundaries. Part of getting him to stay in his own bed will be telling him no and not backing down about it. (This teaches him how to appropriately handle when being told no.)

In the past we had to sleep with daughter in same bed (for living in a caravan). We built at the time a wooden frame with soft coating that was placed over the bed and the child inside. Worked like a charm.

11
How do we avoid leaky diapers at night?
40
3 year-old boy wants constant attention, hits and deliberately poops in underpants when he doesn't get it
10
Why does my 2.5 son not sleep at all when he's with me, but sleeps all night with his father? (We're divorced)
14
How to stop 1-yr old from kicking us while sleeping
4
How to help 3 year old deal and stop confusional arousals when waking up
2
My 12 month old won't sleep at night
0
1 year old keeps waking up at 3 am
0
How to change my 2.5-year-old's sleep-wake routine so he doesn't nap in the afternoon and wakes up too early in the morning?
6
1 year old baby won't sleep when overtired and cries a lot
3
How to teach a six year old to sleep alone?