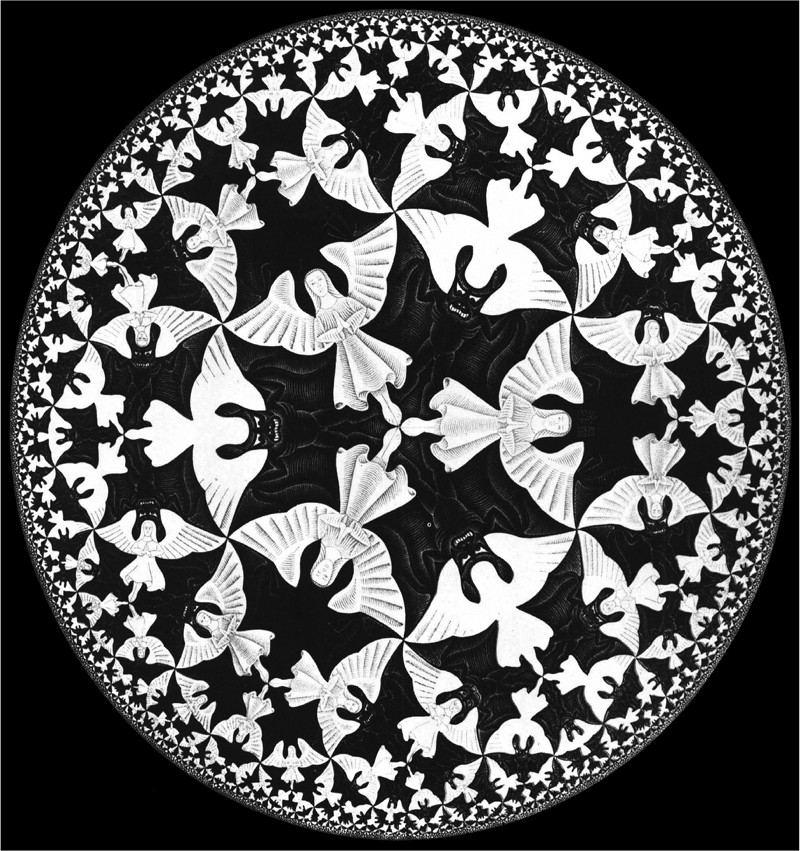 I'm a postdoc with a passion for restoring and substituting the senses.

My profile picture is M.C. Escher's Cirkellimiet IV (1960), or "Circle Limit IV". Escher's circle limit series is characterized by figures that disappear in endless, infinitely small shapes towards the edges. The circle limits are so-called tessellations, in which the visual contents of the work interlock in intriguing ways and seamlessly fill up the image. This work also represents a well-known visual illusion, namely that of an ambiguous fore and background. At first glance, it looks like a bunch off bats, but upon closer inspection it appears that angels and devils go hand in hand in this work. Escher's works are illusionary master pieces that trick our visual systems in perceiving things that cannot be.

Behind the great achievements of a Gauss or an Einstein is in all cases a life devoted to contemplation, curiosity, collaboration and, perhaps most of all, hard work.
(Burrell, D. Sci Am, September 2015).

For what it's worth: My name is not Alice, my last name starts with an 'S', I'm a bloke and, like Escher, I just like to toy with people's perceptions :) Just say 'AliceD' out loud and likely you'll get some acid associations