How can I get my 7 m/o to stop rubbing her eyes?

We have observed our 7 month old rubbing her eyes ever since we can remember. She does this especially when she's tired, but also when she's bored or starting to get frustrated.

She'll oftentimes rub so hard that she will scratch her nose and cause a scab or two to develop.

I'm most concerned that she'll rub her eyes too hard and cause some sort of damage.

Any and all help is appreciated.

Babies rub their eyes. It's just part of how they're made. I have tried everything I can to stop my 19-month-old from rubbing her eyes, but that's because she wears contact lenses and rubbing her eyes can lead to rubbing out her lenses and losing one, or, worse, causing her to damage her eye with the lense (these are rigid gas permeable lenses, btw).

The latter has actually never happened, and my daughter will rub her eyes quite hard and for an extended period of time if she's tired or the sun is in her eyes or her lense gets out of alignment or whatever, and she's been wearing contact lenses since she was 4 months old. The likelihood that your daughter is going to damage her eye by rubbing it is slim. The most probable cause of her harming her eye in this manner is if she has some sort of debris (sand, dirt, etc.) on her hands and reaches up to rub her eye and it gets into the eye. Also there's the possibility that she could maybe develop an eye infection if she's been in contact with someone who has recently had pink eye or some other highly communicable eye infection. Either way, the best way to prevent both of these from occurring is just to keep her hands as clean as possible. If you let her play in the sandbox, make sure you wash her hands as soon as she's done playing.

The eye is a pretty resilient organ, so unless you have a specific reason to be concerned that she's going to damage her eye (like, she has an eye condition or something), I don't think you really need to worry too much about it. If you want to prevent her from scratching her nose, the only thing we've found that works is just keeping nails clipped fairly frequently. It's not ideal because their nails grow so fast, but it should cut down on the scratching (my daughter has a scab on her nose for this exact reason right now).

Hope that helps some!

ETA: If you think that her eye-rubbing is way outside the norm (which I know can be hard to judge), then it might be worthwhile to bring it up at your next ped appointment. I suppose that excessive eye-rubbing could be the result of a more serious problem, and this website seems like it has some good points to look for if you're concerned about that.

ETA (again): I don't love this website as it's a disneyfamily.com site which I wouldn't consider to be the height of medical information, but they make some completely valid points about eyes and eye-rubbing in babies which I'd never really thought about before, namely that as your baby gets tired, the muscles surrounding their eyes also grow fatigued and rubbing the eyes will relieve the tension in and around the eye and eyelid (we've all done this before after working a long day, reading a lot, or spending too much time watching tv or on the computer). Additionally, the longer your eyes are open, the dryer they become and rubbing them somewhat stimulates tearing. Excessive eye-rubbing (as in, more than usual) can sometimes be a sign of a teething in some children.

You can't stop an infant from rubbing her eyes, it's a natural thing to do. I believe that your primary concern is not the rubbing, but the effects.

I understand that you're worried that she's scratching herself with her fingernails. There are two solutions to this.

Infants often rub their eyes when they are tired, so this is probably a symptom of tiredness & I would try to put her down for a nap when she starts rubbing them. To be sure she is tired, look for other cues when she is rubbing her eyes, such as yawning and fussiness. My son did this also and it took me a while to figure out that he was actually tired!

My son is 13 months old and scratches while he sleeps to the point where he's bleeding on his cheeks. We tried wrapping him up to hold his arms down, but it gets quite hot at home so that's not an option. Another thing we used to do was put socks / mittens on his hands, but he gets this removed somehow at night by biting on to it. Regardless even if his hands are covered, he still rubs his face to the point its super red.

After many sleepless nights and pain of seeing him scratch to the point of bleeding, we finally figured out the best solution: 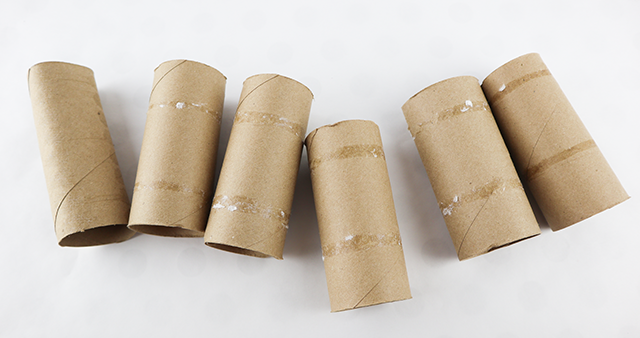 Talk about parent life hacks. Depending on the size of your baby, it might not work. We put his arms through the toilet paper roll and he's not able to bend his arms anymore to be able to touch his face. And we don't even need to wrap him up anymore to hold down his arms. Also you'll need to just clip down the ends to his shirt so it doesn't fall off.

My son was about 12 months old and still rubbed his eyes, he rub them so much he would get blisters. When I put his down for naps I had started lay with him and hold him in a hug till he was in a deep sleep. I think that stopped the habit of him rubbing him eyes before he fell a sleep.

DeborahDeborah
1
Add a comment  |
Highly active question. Earn 10 reputation (not counting the association bonus) in order to answer this question. The reputation requirement helps protect this question from spam and non-answer activity.

Not the answer you're looking for? Browse other questions tagged infant behavior health or ask your own question.

16
How can I get my 12-month baby to sleep in her bed?
9
Why has my infant suddenly changed her sleep patterns? Is she teething?
6
How can I get my infant to stop biting his lower lip?
11
Why is my 3 month old waking up 10+ times a night?
4
How to get my 2.5-year-old to stop chewing his upper lip?
5
What should my collgeaue do to stop her 20 year old son from smoking?
11
My 8-year-old daughter was taught by her classmates how to use the middle finger. How do I get her to stop this behavior?
14
How long can a newborn girl bleed from her vagina?
8
How do you differentiate between allowing the child to disagree with you and letting her get her way?
4
2 year old toddler closes her eyes only in the classroom in school