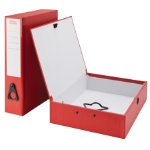 This is obviously a preference thing, but I would strongly recommend against encasing Bubby in carbomite.

My 20 yo had a crappy, wal-mart, Power Ranger comforter that his mom got when he was < 5. They had it when we got together. When he went to college he took it with him, tattered, stinky and flat. When he moved from college into his apartment, soemthing happened and it got ripped horribly and lost all it's usefulness. He brought it to show his mother and we all lamented the loss of his bubby and he put it in the dumpster. The wife got it out, salvaged several good sections and made him a blanket that we gave him for xmas. And we all laffed.

3
Where can I find good toys suggestions for each age group?
8
How do you childproof electrical cords?
6
How do you effectively disinfect a large amount of toys?
3
How do you determine safe (non-poisonous) toys for small children?
1
What kinds of presents for 0-6 year old children?
3
Best jigsaw puzzle's size for 5+ year old girl
10
How can I get others to respect our toy/parenting choices?
5
How can I motivate my almost-3 year old son to put away his toys?