What are ways to stay calm when dealing with an argumentative teen as a step parent?

How do you deal with becoming short-tempered when dealing with a teenage step-daughter that's running her mouth? How do you cope with feeling overwhelmed, and how do you stay cool when hurtful things are being said?

I got in my teen's face when I put my hands on her suddenly, on her head covering her ears, and told her to shut up. I just want to learn to stay cool.

Teenagers are difficult, stroppy and will push the boundaries. This is what they do. It is a natural part of their growing up and stretching their wings. No matter who you are and how good a step parent you are, they will say things to try to hurt you.

The first step is to accept and even expect that this will happen.

In the heat of the moment do not take what they say to heart. This will allow you to separate what they say from your conditioned emotional response.

Later on when things are calmer it will be useful to reflect on what was said. Talk things through with them and work on fixing any underlying problems.

Things do get more complicated when you are a step-parent.

A big part of feeling overwhelmed comes from a feeling of powerlessness.

It is vital that you discuss this with the real parents. You need to get their agreement as to what the boundaries are for how far you can go in disciplining them. Ideally you should have as much authority as the parents - but this is up to the parents, and is something that develops over time. If you have only been on the scene for a couple of months you will probably not have as much authority as you would after six years.

However, regardless of how much authority you have over the children, you do need the parents support. If you don't have the authority to ground the child for a year, when discussing the problem with the parents it is important that they take the child's bad behaviour seriously and take steps to discipline the children themselves.

The child needs to know that there will be consequences from disrespecting you, either from yourself, or from her parents.

It is worth bearing in mind that a reaction is exactly what the teenager is trying to get. The reason she is coming out with these hurtful things are because she wants you to get mad. She is testing the boundaries, trying to find out how far she can push you. An angry response is considered a win. Respond with calm authority and she will get bored much quicker.

First of all don't worry about being a step-parent, when she is with you she is your daughter. Keeping your cool can be very hard, even with younger kids. Use the steriotypical counting to ten, removing yourself from the room.

Or you can concentrate on a calm voice and say you need to stop right now and we can continue the conversation later and then walk away.

Or you can talk to her when she is calm, and discuss her behavior and how she thinks you can get her to stop when she is upset and running her mouth.

Or you can say, I love you however I can not be around you when you are behavior is like this, I am going to leave now and when you can talk to me civilly I am happy to talk with you.

These might seem like things that won't work, but if you are consistent, to the point of using the same phrase/sentences every time, they will sink in. she is a teenager, so she my not stop the behavior however you will feel in control if you have a plan of attack.

My own kids are still several years away from adolescence, but I have taught high schoolers for several years and they get just as mouthy with teachers as they do with parents.

Arguments escalate in a predictable manner, and I truly think that most teenage arguments stem from a desire for teenagers to be treated more like adults and less like children. Teenagers think they are adults and want to be treated like adults On some levels, I can get behind this. They're not adults; MOST teenagers don't have anything resembling adult responsibilities. Adults know that teenagers aren't adults, but teenagers don't know that they aren't adults. However, they do need to be given increased responsibilities as they grow older. I would wager that you know the hot-button topics. Maybe the arguments are about her desire to use the car or when she can talk on the phone or whatever. The time to discuss the point is not the moment that she wants to leave the house with the car or when you come in the living room and see her on the phone for the fifth straight time when you know that she hasn't done her homework. The time to discuss those problems is when everyone is calm BEFORE the situation arises. You, her, and your spouse need to sit down and set some ground-rules regarding these situations. Draw up a contract about it. If she wants to use the car, then a) She needs to give you two days notice to make sure that there are no other conflicting family plans that require its use. b) Her homework needs to be done before she leaves the house. c) If she uses all the gasoline, she needs to re-fill the tank, or she is responsible for her own gasoline or something. You can determine this on your own. d) She is going to be responsible for helping to maintain the car (washing it, taking it to get the oil changed, etc.) There should be room for some negotiation in this so that she feels like her opinions are expressed and can agree to the terms set forth. If she fails to meet the requirements of the contract, she can't have the car or whatever.

This doesn't mean that all points of conflict are going to be eliminated. There are still going to be arguments, but, when it comes to teenagers, I have learned to just walk away. If I find myself becoming increasingly argumentative or angry over a situation, I walk away. The reality is, by this point both the teenager and myself need to cool-off and re-establish effective communication between the hemispheres of our brains. I calmly (as calmly as possible anyway), tell them that I am too angry to discuss the situation right this second and I need a few minutes to cool off and they should do the same. Once we've had some time to calm down, then we can discuss the situation.

If your step-daughter is arguing with you just because you're not her biological parent, then it's clear that your spouse needs to handle her. At that point, I would simply refuse to argue with her and say, "You need to talk to your mother/father about that" or "We'll talk to your mom/dad when he/she gets home" and walk away. I don't want it to seem like your role as a parent is down-played, but determining the reason why she's arguing with you is really crucial, and if this is the reason then why bother arguing? Don't get drawn into an argument that can't possibly have a positive outcome for anyone. Better to focus on improving your relationship with her than further damaging it by having pointless arguments with her.

I think you should improve your emotional intelligence. It will change your life. 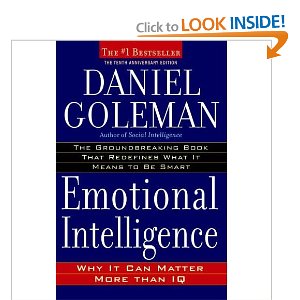 23
How can we discipline our toddler?
21
What do we do when timeouts are not effective?
14
How to deal with the child when both the parents are not on the same page?
13
How to help a 3-year-old with vicious temper to express his emotions in a healthy way?
6
What should one do when their teen thinks smoking e-cigarettes is cool and safe?
1
How to deal with my teenager step daughter's rebellious behavior?
1
What to do about step children who don't listen to us, don't do their chores but are being spoiled by their grand mother?
122
What to do with my pre-teen daughter who has been out of control since a severe accident?
12
6 year old daughter: a bully? manipulative? sensitive? or just difficult?
3
Dealing with other peoples kids who don't know when to stop