Are fidgets an effective tool for helping ADHD children focus?

Fidgets are small toys or gadgets that can be twiddled, poked, and/or clicked. The idea was explained to me as giving fingers something to do that doesn't take much brain power, allowing an ADHD child to concentrate better by channeling their distraction into the fidget so they can listen to the teacher better.

My son is nine years old, in the 4th grade. I would like to explore this option in his 504 plan with the school, but first want to know it's going to actually be a concrete benefit, and make sure I'm exploring the right sorts of fidgets.

Is there scientific research that supports the utility of fidgets? Are some ADHD children more likely to benefit than others -- e.g., would a primarily-inattentive student be more or less helped by a fidget than a primarily-hyperactive student? 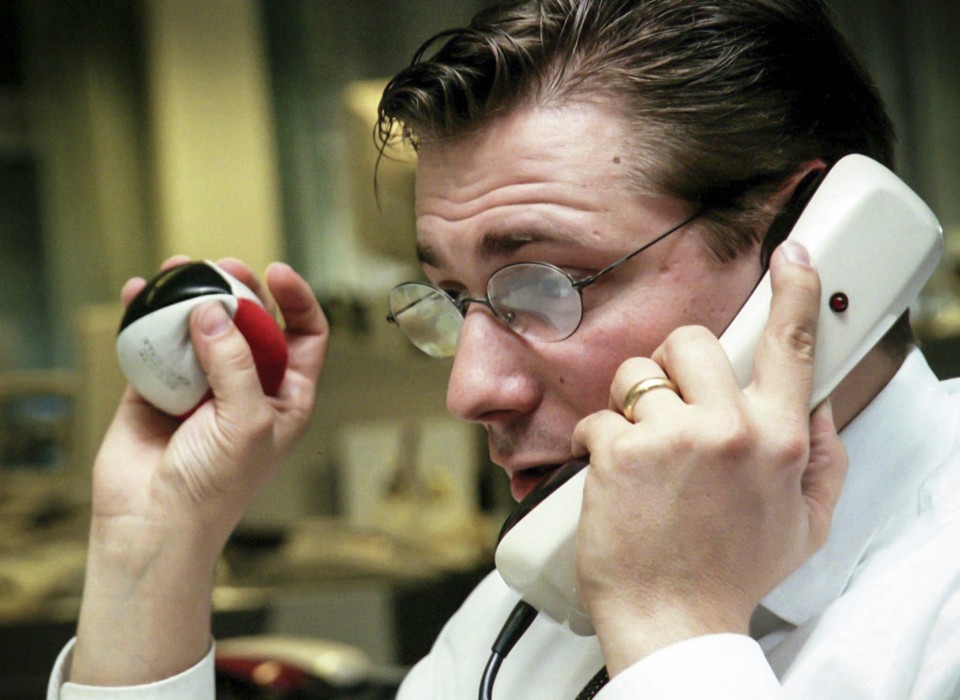 In this answer, I'll be quoting a lot verbatim from the source because of potential link rot.

Why we fidget (source)

For something that so many of us do, the reasons why we fidget at work are surprisingly unstudied. We do know fidgeting is a common coping mechanism for people with ADD, but could it serve a similar purpose for the population as a whole? According to Roland Rotz and Sarah D. Wright, authors of Fidget To Focus: Outwit Your Boredom: Sensory Strategies For Living With ADHD:

If something we are engaged in is not interesting enough to sustain our focus, the additional sensory-motor input that is mildly stimulating, interesting, or entertaining allows our brains to become fully engaged and allows us to sustain focus on the primary activity in which we are participating.

In other words, the authors believe fidgeting distracts part of the brain that’s become bored so the other parts can pay attention to what we’re reading, hearing, or seeing.

Possible cause of ADHD hyperactivity (source)

Children with ADHD are able to retain information, which they use daily. But they often have difficulty with what's called working memory, meaning the updating or mentally rearranging of information in the mind. Previous work by Kofler and his colleagues at University of Mississippi Medical Center showed that kids with ADHD did better on working memory tests when they moved more -- suggesting that these kids may benefit cognitively from behaviors like squirming or fidgeting.

In one study, sixth-graders who used stress balls were less distracted in class. The toys could also be more helpful for some people than others; in that study, students who were kinesthetic learners tended to use the stress balls more, and get more of an attention benefit from them.

“Stop fidgeting,” said every parent ever. But should you really? (source)

The same brain areas are involved in both movement and speech, explains Karen Pine, a professor of psychology at the University of Hertfordshire who researches gesturing. So it isn’t surprising that gestures are involved in preparing our thoughts for speech. “We move the hands more when we are trying to find a word during a tip-of-the-tongue moment,” she says.

Indeed, in a study of schoolchildren between the ages of six and eight, Pine and colleagues found that kids who were able to move their hands during a lesson were more likely to get the correct answer.

There is also something called the cognitive load hypothesis, suggesting that when we have to deal with complex thoughts or problems we offload some of the cognitive load into movement, thus freeing up resources to devote to the mental process. While I cannot say this is a conclusive explanation for fidgeting, these findings do suggest that it may be linked to the way in which an individual processes their thoughts and speech.

They can help though I think it varies from case to case. In my experience, having been diagnosed with ADD/ADHD over 10 years ago, having something to fidget with in your hands can be useful in keeping overactive hands busy. However, they can quickly become a distraction if the thing you are trying to focus on isn't pulling enough on you attention or if you simply become bored. Your son would need to have the self-control to put it down if it becomes a distraction.

Because those fidgets toys are toys, their main purpose is technically for play with a side effect of keeping your hands busy. In my opinion, the risks seem to outweigh the rewards. For me, twirling a pen works just as well and doesn't provide much of a distraction because it is not a toy.

That being said, every child is different. Fidget toys aren't incredibly expensive so having one turn out to be more of a distraction then a focus-enhancer wouldn't be much of a loss. I would try it out and see how your son responds.

The only study that looked any good to me was this one: Link

The study included 44 children between the ages of 10 and 17 diagnosed with ADHD or who were typically developing (TD), all of whom had no psychiatric co-morbidity or significant learning disorders

Unfortunately it costs money ( a fair amount) to read more.

As someone with ADHD-inattentative variant, I can say that having things to fidget with helped me. I don't have the studies to link to, but I'm pretty sure studies have confirmed the same with ADD children, and even children without ADHD.

What is required is something that one can fidget with that does not distract the mind from what their listening too. This is less about how distracting something is and more about they type of distraction. It's hard to really explain the distinction, but basically something that is entirely physical is a better distraction because it doesn't use the part of the mind that focuses on teachers words, allowing two stimuli that don't interfere with each other.

Having said that I'm not sure how significant an affect Fidget's would be. I have not seen a study specifically in Fidget's. Again I stress the challenge is not finding things that are of 'limited' distraction, but finding things that can be done in parallel with processing written words. That means finding one or two toys that require physical actions that are in some way repetitive, so he's not distracted figuring out how to use them, but also provide enough interest/challenge to keep his focus. The wrong toy with too much novelty can be a distraction while he is learning it's novelty, alternatively a toy that is too repetitive without a challenge may grow boring too quickly to lend much benefit. It can take some trial and error to find a good 'fit', to identify what provides stimulus without distraction. I don't know if these fidgets would work, though I would think they are worth trying at least.

Having him try a few and report back which ones he felt he was focusing, and which ones he felt he was actually distracted playing with the device, can help in this regard. Experimenting to find what he feels is the best 'fit' can help to identify which fidgets actually work to help focus the mind. Having some sort of game/challenge/activity he does with the fidget, something purely physical, can also help. For instance I used my watch, strapped around my finger and spun, as a 'fidget' as a child. My challenge was how fast can I spin the watch without risking it being pulled too high on my finger by the centrifugal force that it was at risk of flying off the finger. There was a 'challenge' there, even if it was a small one, which kept things novel. Admittedly it wasn't an ideal choice, since it was particularly distracting to those around me which you don't want, but it worked to help my focus at least.

Actually there is one great focus technique that he has available to him at any time, and I've been told a study has even looked into and confirmed it's effectiveness; the only problem is that adults hate it. Leaning back in your chair, so one is balancing on two legs instead of four, is a very effective method of helping with focus. This is because balance is one of those physical stimulus that doesn't distract or interfere with one's ability to listen and process what a teacher is saying, but it's also a challenge that can be quite stimulating and doesn't really get old. It can help to distract the ADHD part of the mind without interfering with learning ability.

Of course the down side is that teachers hate it because it's distracting, and it can seem odd for a parent to tell a child to lean in his chair. Still, it was a very useful method for me to help me with my focus, and there is a decent chance your son is already doing it (many ADHD kids find and use similar coping mechanisms). Making the teacher's aware of it's beneficial affect so they won't stop your son if he tries it could be helpful.

Unrelated, but another great help to me was engagement with the teachers, in the form of asking and answering questions. It's asking a bit of teachers, and not all will do it, but a teacher who is really trying to help directing a lecture question to your son when he seems particularly distracted, without saying anything about the distraction, can help to reengage him on the lesson. The problem with ADHD is that you don't even realize you have been distracted by something until some time after it happened, having something to refocus you when you haven't realized your drifting can be very useful, if not done in such a way to make him feel guilty or called out for the distraction.

A Medline (of professional medical journals) search yielded no results for ADHD and fidgets. Whether lay literature has something to offer I'm not sure.

The real problem with bringing a toy into the classroom is it would distract other students. They would not understand the concept of a 504 and might feel jealous. They would want to play with it or want a fidget of their own. The teacher would then have to deal with it. I like Andrew's solution of a pencil or other innocuous school object.

Not the answer you're looking for? Browse other questions tagged behavior toys adhd or ask your own question.

3
How do you determine safe (non-poisonous) toys for small children?
5
Suggestions for helping a 5 year old boy with horrible behavior
1
What kinds of presents for 0-6 year old children?
2
My step son is being treated for ADHD and we are not sure if he should be
47
How should I inform parents if their children are bothering me?
0
The children are making home messy
5
Mindfulness Meditation for 6 year old with ADHD, ASD
15
Is it okay for a child to focus on one toy type?
0
What's a good approach for helping my kids understand certain toys?