How can we effectively clean our baby's nose?

We have a 10 days old little cute girl. She can't sleep because of stuffy nose. There is nothing inside her nose from the outside view but we can hear the stuffy nose sound.

Is there any effective way to clean her nose?

To remove the stuff from baby's nose you can use special suction tools designed for children. One of them is NoseFrida - there may be others with other names available in different countries, ask in your pharmacy and describe what you need. It looks more or less like this: 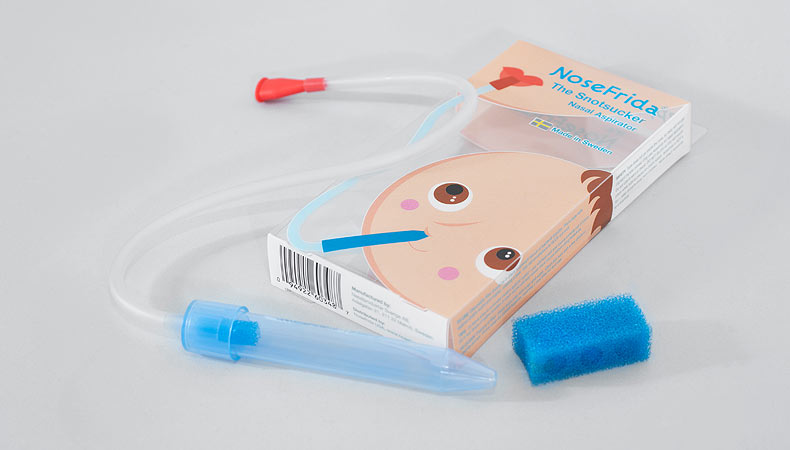 There are different versions of those - most of them you use with your mouth, some even are connected to a vacuum cleaner.

Not really useful you now, but important later on - remember to show your child that the Frida is a good thing. The feeling is not pleasant and your baby will not like it. Funny faces, sounds, sucking wife/husband's nose with it may make your baby less fearful. My daughter enjoyed me raising the Frida and doing an elephant sound. We've also always showed her what we sucked from her nose, so that she knew what we were doing and why. And we told her to breathe through her nose immediately after, so that she noticed it's cleaner and easier to breathe.

Another thing to remember is to keep your home humid - or at least the room where the baby sleeps. If you have very low humidity, the nose will get stuffed and the baby's breathing comfort will decrease.

Saline spray can help get rid of already present and dry phlegm. Apply it, wait a few minutes, then try to suck the phlegm away. Repeat if necessary. If used correctly, it is perfectly safe for even the smallest babies.

We've dealt with this often with our newest little guy, and follow the advice given to us by his pediatrician and our oldest's from when he was a baby.

We use a simple saline solution, with a container designed for use on infants/children. They're usually in small metal containers with a press-to-release, funnel-shaped nozzle. The kinds for adults generally drip as soon as they're upside-down, and so don't work well with applying to someone else. 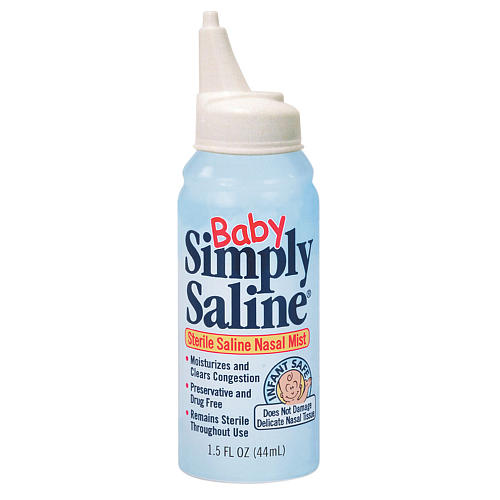 Apply the solution in one nostril, wait a few moments, and then remove with a suction device.

We use cheap bulb syringes. We have tried other types of nasal aspirators, but have found them to be bulky, inconsistent, or just not effective when trying to handle a small infant. We have not tried any of the lung-powered/hose type devices, but they consistently have good ratings from parents that use them.

When sticking something in your child's nose, keep a few things in mind:

For the most part, the stuffy nose sound will be from the nasal swelling. There's not much you can do for an infant, as they aren't given anti-inflammatory or decongestant medications. You can, however, make them feel more comfortable by holding them more, adjusting humidity like @Dariusz suggests, and trying different sleeping positions for them (such as in a swing or carseat, where they can be inclined).

If you notice your infant has trouble eating because of their congestion, or seems terribly uncomfortable, contact your infant's healthcare providers.

Not the answer you're looking for? Browse other questions tagged newborn cleaning or ask your own question.

18
How can we make our newborn breastfeed less frequently?
3
How do we get rid of our baby's thrush?
11
What to do when the pinky is the only way to soothe a newborn?
25
How can I get my 4 year old to clean up toys without a battle?
9
How to know whether the baby has had her fill while breastfeeding?
3
9 week old started fussing during evening nursing
2
Do newborns recognize their own cry?
5
Is there any benefit in reading to a baby 2 weeks old?