When is a child ready to start playing with bricks?

Just out of curiosity: at what age is a child ready to play with its first bricks? The light, large, colored wooden ones, like these below? 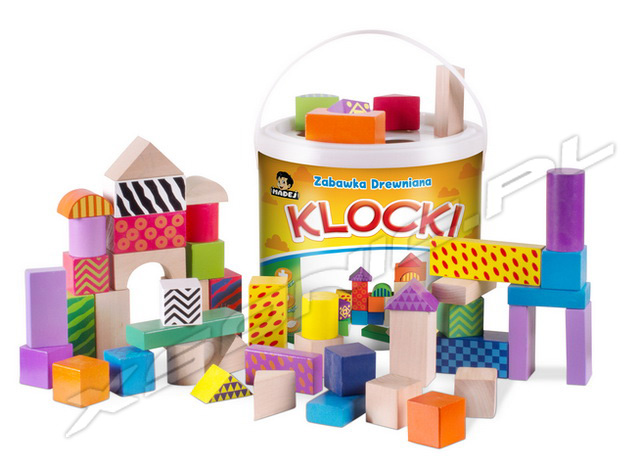 By playing I mean actually creating something of of them: a structure of sorts, animals, corridors, or whatever the imagination suggests.

When they can grasp them is the short answer.

There are various stages of play but as a first starting point as soon as they have the coordination to pick them up one by one to begin exploring colour, shape texture and (of course) taste!

Creating structures requires the ability to do imaginative play and is a considerably later developmental stage so I wouldn't expect to see that until much later around 3 years or so based on articles from the LEGO® DUPLO® page.

It really depends on exposure and interest. I buy a lot of building toys because I feel they are really great for imaginative play. I did not start with wooden blocks because I wasn't sure if she would be chucking it at me. We have wooden blocks (passed down from my husband's grandmother who was really into architecture) but I think they must be for adults, the edges/corners are pretty sharp. So I waited until my daughter wasn't putting toys in her mouth anymore to show her those (I didn't want bite marks on them). She was not as interested in those as her other builders but perhaps if that was our only building toy, she would have been.

Her first builder toy was a Lego Duplo set around 1 year and 8 months as a Christmas gift. She played with that a bunch but the set didn't have much pieces. Then she saw her friends (who were 3-5 years old) playing with the "normal" Lego's. By 2.5 she was connecting her own Lego's that size and building stuff on her own. We never had to buy another Duplo.

I bought a set of Straws and Connectors by Royolco when she was 2 years and 1 month. It is amazing and was an incredible hit. She would put them in but I had to help make sure it was fully engaged. Eventually she was able to put them all the way in. She was building her own stuff by this point - nothing fancy, a "T" or "L" shape to make a steering wheel for whatever I had built but she knew what she was building. 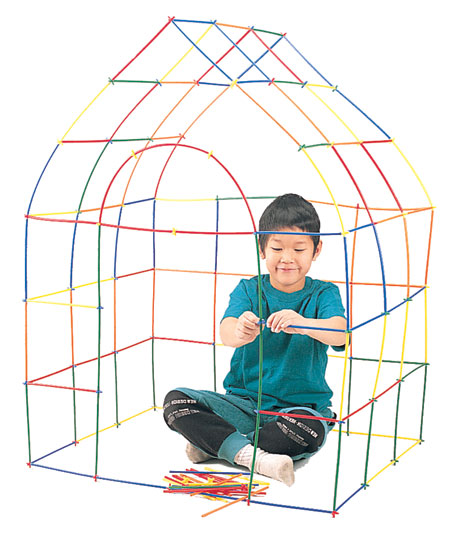 My cousin had the Melissa & Doug play bricks (the ones you can step on) at her 2 year old's party and they were building roads with them. I really think it depends on how often they play with these kinds of toys.

Not the answer you're looking for? Browse other questions tagged development play-time motor-development or ask your own question.

11
Somewhat unemotional, destructive pre-schooler; shows no strong attachment to things. How can we help him?
10
When will we know if our child is left- or right-handed?
3
When can I start "doing the air plane"?
1
When can I start to let our son play with his friends unattended?
6
When to start teaching reading
9
When is it normal for a child to start walking?
2
Will my child be ready for the world?
0
When does a child start showing jealousy?
3
When can a child start using adult's toothpaste?
2
I'm a step father, I don't have any children of my own, how do I deal with a teen boy that acts extremely feminine?